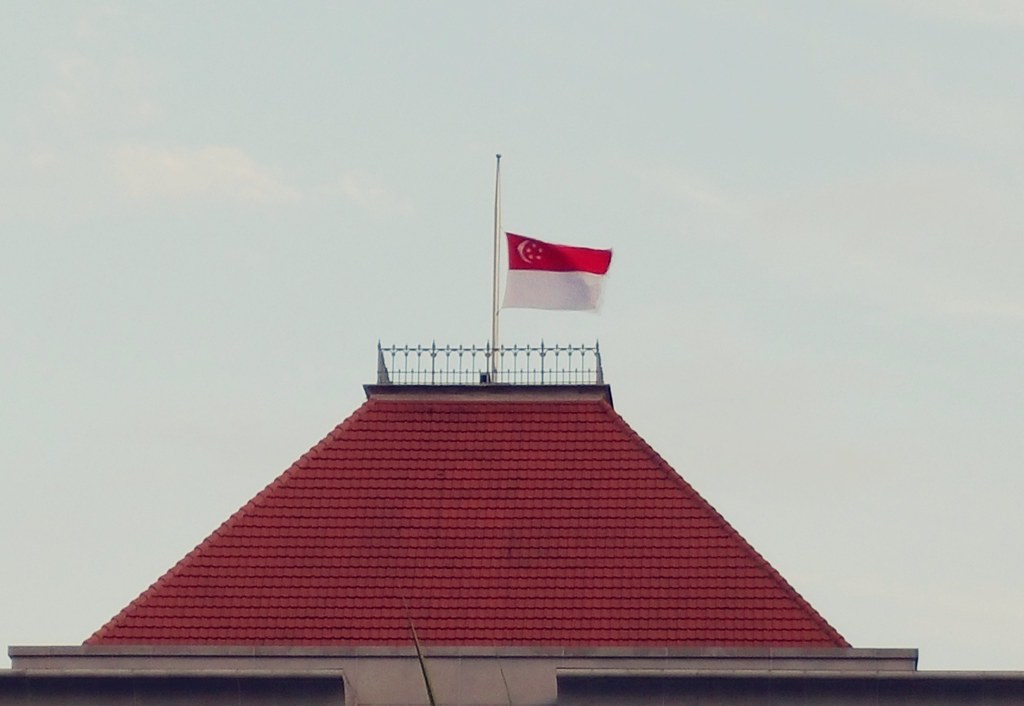 In the car just minutes before arriving at Suntec City, my wife and I looked at each other. “This is it. No turning back.” The radio was already warning people since 7am that the waiting time to pay respects to Singapore’s first Prime Minister, Lee Kuan Yew, would be at least seven hours. But we were determined.

We joined the line from outside Raffles City. Throughout that morning the line would crawl, speed up and slow down again as we approached the waiting pens at the Padang, where we were then herded together into smaller groups before being asked to join the line again. Spirits were high throughout, despite the heat and humidity. Police managed the flow of the crowd while young men in military uniform handed out free water, isotonic drinks and umbrellas and occasionally making the crowd laugh with jokes.

The entire process took about six hours. Afterwards a colleague of mine told me, “I’m surprised you would do that.” Perhaps she knew about my aversion to queues. Perhaps she knew I wasn’t born in Singapore and such a display of loyalty was expected only of someone who was native born, who grew up with Mr Lee as a persistent national figure.

I was born and raised in the Philippines, lived briefly in Hong Kong and moved to Singapore in 1997. In 2001 I was offered citizenship and became a Singapore citizen in 2002. So why would a Filipino stand in the sun for almost six hours to pay respects to Singapore’s founding father?

How could I not? It was Mr Lee’s vision that gave rise to an economic system where a young man from the Philippines could be welcomed into a multi-cultural society, find career opportunities and pursue the career he desired. I came to pay my respects because Lee Kuan Yew did more to elevate my quality of life and secure a brighter future for myself and my family than any other leader or public servant from the land of my birth. I came because I will always be grateful for the opportunity to live in Lee Kuan Yew’s Singapore.