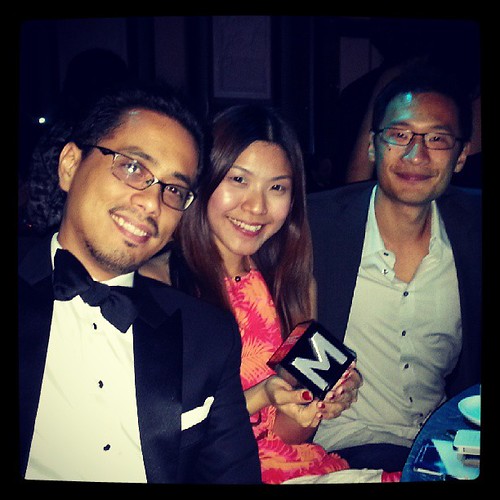 SingTel and agency OgilvyOne took home the award for Best Idea – Online at Marketing magazine’s Agency of the year Awards (aka the “Markies”).
The award was for SingTel’s Samsung Galaxy SIII campaign, a virtual race to be among the first to own the coveted new smartphone. Thousands of consumers participated through a tab on SingTel’s Facebook page, sharing and playing games of chance to advance in the virtual queue. The campaign contributed to making the SIII SingTel’s top selling smartphone during the launch period.

Big thank you to our partners at OgilvyOne and media agency MEC for tirelessly working to ensure our awards keep coming!

See the full list of awards given out the Agency of the Year 2013 awards night here.