Do your employees know the implications of what they post online? What people post, even in a personal capacity, can have consequences for your company.

It began innocuously enough. Amy Cheong, an executive of Singapore’s National Trades Union Congress (NTUC), made some expletive-laden comments through her personal Facebook account about the Malay community holding weddings in the public spaces under public housing estates. (See an excerpt of the comments below.)

Within 24 hours, Cheong was the talk of the town, sparking over 10,000 comments and shares, and drawing angry reactions from all sectors of society. Despite a public apology the damage had been done and, by midday the next day, NTUC announced that Cheong had been sacked. Her dramatic story made headline news in the local papers. 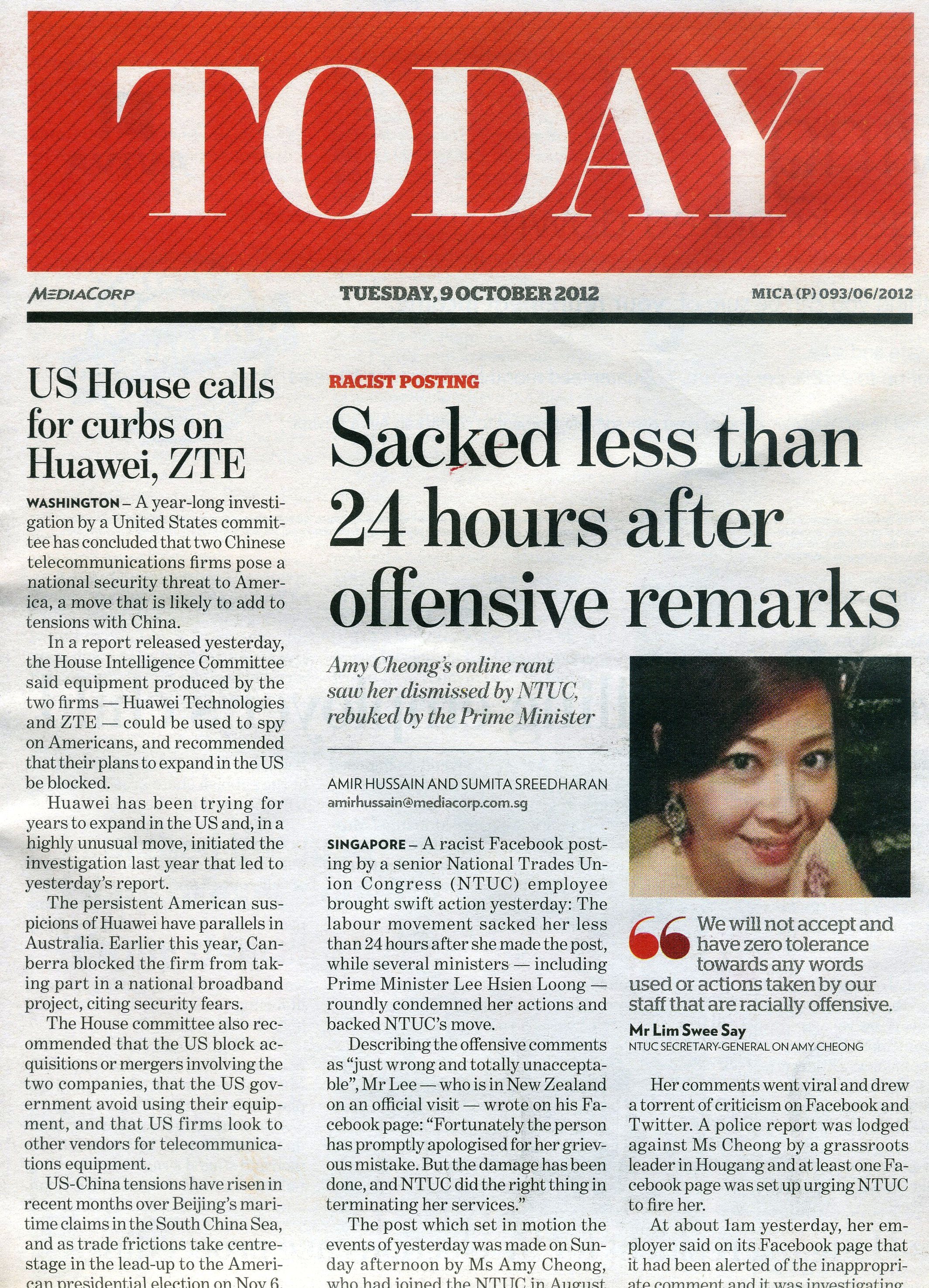 Too often, individuals are lulled into a false sense of security, either because of the feeling of being amongst “friends” in social networks or the anonymity that can come from online personas. People are not always in their best state of mind when posting or commenting in social media which, in the case of Cheong, can have disastrous effects. There are 2.9 million Facebook users in Singapore. That’s roughly more than half the population of the island state. Your company must assume that most employees are active in social media in some shape or form.

Companies should have carefully outlined social media policies that are regularly circulated and readily accessible. These policies should not only outline what employees are and aren’t allowed to reference regarding the company but also constantly remind them of that they may be held responsible for what they post online.

These policies can be as simple as the now famous “Don’t be stupid” policy of the New York Times. The best policies should also ensure that the rules are clear around the protection of confidential information, transparency (i.e. when commenting on your company, you should disclose that  you work for that company) and accountability for whatever you post.

If you work in corporate communications or HR in a senior management capacity, and your company doesn’t have such a policy, you can refer to any of a number of social media policies made available online from some of the world’s best known companies, from Dell to Coca-Cola to Best Buy.

If you are an employee and you are unaware of such policies at your company, then you should demand that your HR or corporate communications department share these with you. They are for your own protection as much as the company’s.

Whether or not Cheong deserves the consequences of her careless comments – not to mention the effects these events are sure to have on her reputation in the months and years to come – can be debated. The lesson here is that companies need to constantly remind their employees of the potential consequences of their online behavior. 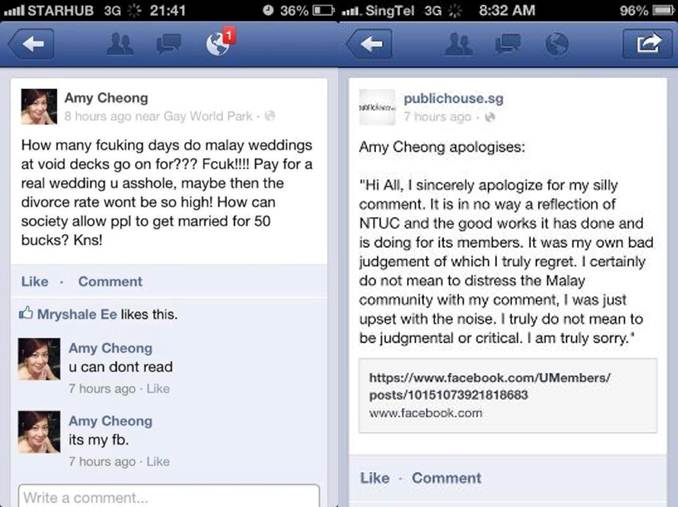