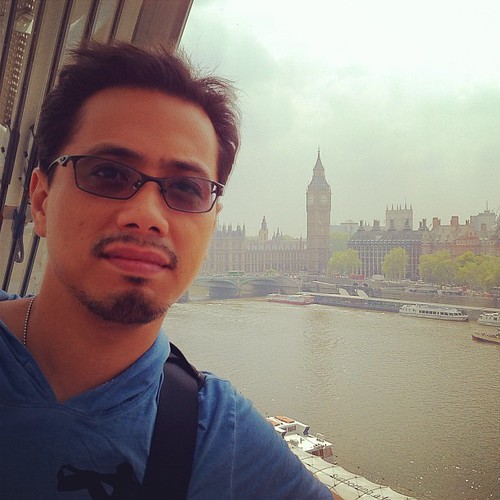 I was a guest of WPP at their recent eCommerce Tour in London. For two days we were given a glimpse into what is arguably the world’s most advanced eCommerce market, the UK. We also got to hear from some of the leaders in the field: representatives from the WPP group as well as global players like Google, Facebook and Amazon.

On the first day (Tuesday, 29 May), we were welcomed to one of London’s most stylish restaurants, Kettner’s, in the heart of Soho. Joining us for drinks was none other than Sir Martin Sorrell, WPP’s chief executive. There I met my fellow delegates, made up of representatives from some of WPP client’s major clients like Colgate-Palmolive, Diageo, British Airways, SAP,  Nestle, Kimberly Clark, Chanel, Danone, GlaxoSmithKline and Unilever, as well as WPP’s specialists from agencies Fitch, Ogilvy, Possible Worldwide and WPP itself.

On Day 2, we spent the morning at Google’s London office, where we picked up some insights on ecommerce and Google culture from their execs, including an unexpected visit by Google’s global CFO, Patrick Pichette. Next, we visited the offices of Burson Marsteller, where we listened to a panel discussion featuring UK-based online retailers Mydeco, Shopcade and Stylistpick, as well as Twitter. In the afternoon, we visited the rather spartan Amazon UK office in Slough and then the very stylish Net-a-Porter.com office in Westfield. We then had drinks and dinner with some of the UK’s most promising internet startups.

On Day 3, we visited Westfield Statford and adbsorbed some valuable learnings from WPP’s retail (and ecommerce) experts from Kantar Media Compete, Joule, Fitch and Ogilvy Action. We then spent the afternoon at Facebook’s UK office, listening to insights on Facebook commerce, analytics and online shopping from Buddy Media, Syzygy, Possible and mySupermarket.

All in all, the trip offered some excellent insights from the UK, a market whose advances in ecommerce and mobile put it ahead of most markets in the world. I also got to meet my counterparts in the field of digital marketing from some of the world’s best known brands and make some new friends (as well as catch up with some old ones).

For more pictures from my London trip, click here.